FEATURED FILMMAKER! July 17 – HUMAN-Film continues its ‘FEATURED FILMMAKER’ series, where we will be profiling filmmakers in our community to show the remarkable range and depth of filmmaking talent and passion in the region!

We are proud to profile Jad Sleiman, a young filmmaker from Beirut who won the HUMAN-Film GOPRO competition for his out of the box take on the power of Film. (Check it out here).

CITY I LIVE IN – Beirut

MY FILM-MAKING JOURNEY BEGAN – Actually when is someone considered a filmmaker?! For me it kind of all started since my early teenage years when I used to steal my brother’s digital camera to record videos and edit them on the old PC. 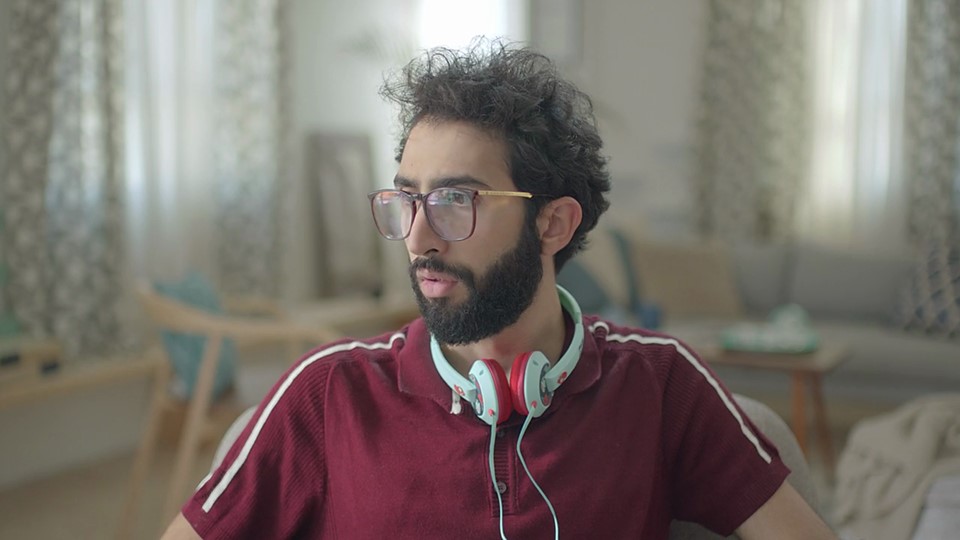 MY FAVORITE MOVIE AS A KID – I guess The Matrix.

MY FAVORITE MOVIE TODAY – That really can’t be answered, there are too much to even put a top 10.

MY OWN MOVIE / WORK I AM MOST PROUD OF – My film SMOG. I spit a lot of ideas out of my brains, which I think is mandatory to every filmmaker.

WHERE DO I SEE MYSELF 3 YEARS FROM NOW – Well practically that is out of anyone’s hands, but I would love to teach and always expand my photography.

BEING A FILMMAKER IN BEIRUT IS – Such a blessing and a curse too. You cannot imagine how much can be done in Lebanon.

WHY WOULD FILMMAKERS BE INTERESTED IN CREATING FOR COMMERCIAL USE? – It has a lot of money in it. Work there, make money then make a film from it.

WHATS THE BEST INCENTIVE FOR A TALENTED YOUNG FILMMAKER? – How easy it is these days to make a film! Anyone can make a film… they can grab any affordable camera, shoot with it, then edit on their laptop. And the whole cyber link between humans on earth is based on picture and sound, so it is on our team and for free. You only need motivation.

ANY CRAZY FILM TRIVIA YOU’D LIKE TO SHARE? – 2001: A SPACE ODYSSEY is the only sci-fi film that has an explosion in space with no sound, which is the correct scientific way. And the alien language in the sci-fi action thriller DISTRICT 9 comes from rubbing pumpkins together. Couldn’t resist that one!

WHICH MOVIE DO YOU RECOMMEND AS MUST WATCH THIS SUMMER?! – Well, I fell in love with “Arrival”. Yea true it’s not this summer but who cares.